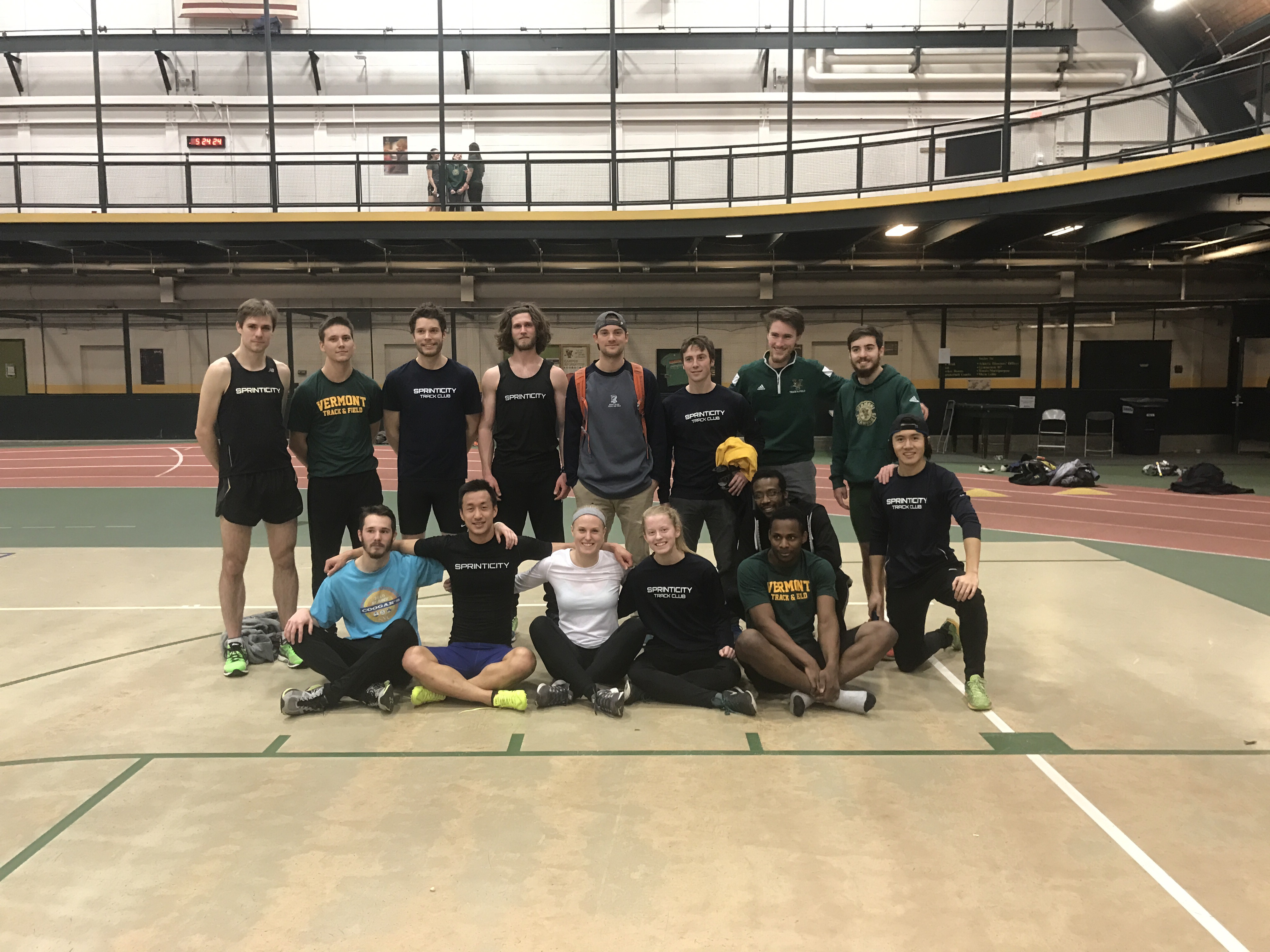 Our season officially kicked off a while back with a small meet on December 3rd. UVM begins most seasons with a dual meet against America East rival, Hartford. In recent years, they have accommodated local club athletes by allowing us to compete. In all honesty, this was more of a training session than a full-blown meet for all involved. December is far too early to be putting any amount of emphasis on results, especially when running on a 160m track. Emily Kollar got our squad off to a stellar start by jumping 4.68m; it was only a couple of centimeters off of her personal best. We had a strong showing in the 55m and 55m hurdles. Ethan Fontneau advancedÂ to the finals of the 55m and placed 5th with a 6.79. Kevin Chu won the 55m hurdles in a time of 7.90.

The most exciting event for our club was the 4x400m relay. The first leg was a showdown between the Ahmed “I don’t stop trash talking” Noor for UVM vs. Kevin Chu for Sprinticity. Both of them took off at a blistering pace in a race for the break. Winning the race to the break line proved to be the decisive factor for Kevin because he was able to control the tempo and block off any advances from Ahmed; the small track presents very few passing opportunities. Kevin passed the baton off to Will Supple who then put a 20m gap on the field. Ethan Fontneau extended the lead on the third leg before Adron Pitmon anchored the squad to a 10 second victory over UVM. Madey Madey filmed the race. It is one of the worst camera jobs we’ve seen in a while, but the commentary is hilarious.

A quick shout out to the UVM-based Sprinticity athletes. Ian Weider, Mallory Honan, Nick Smith, Ahmed Noor, and Dominic Eneji also competed and had themselves a great day on their home track.