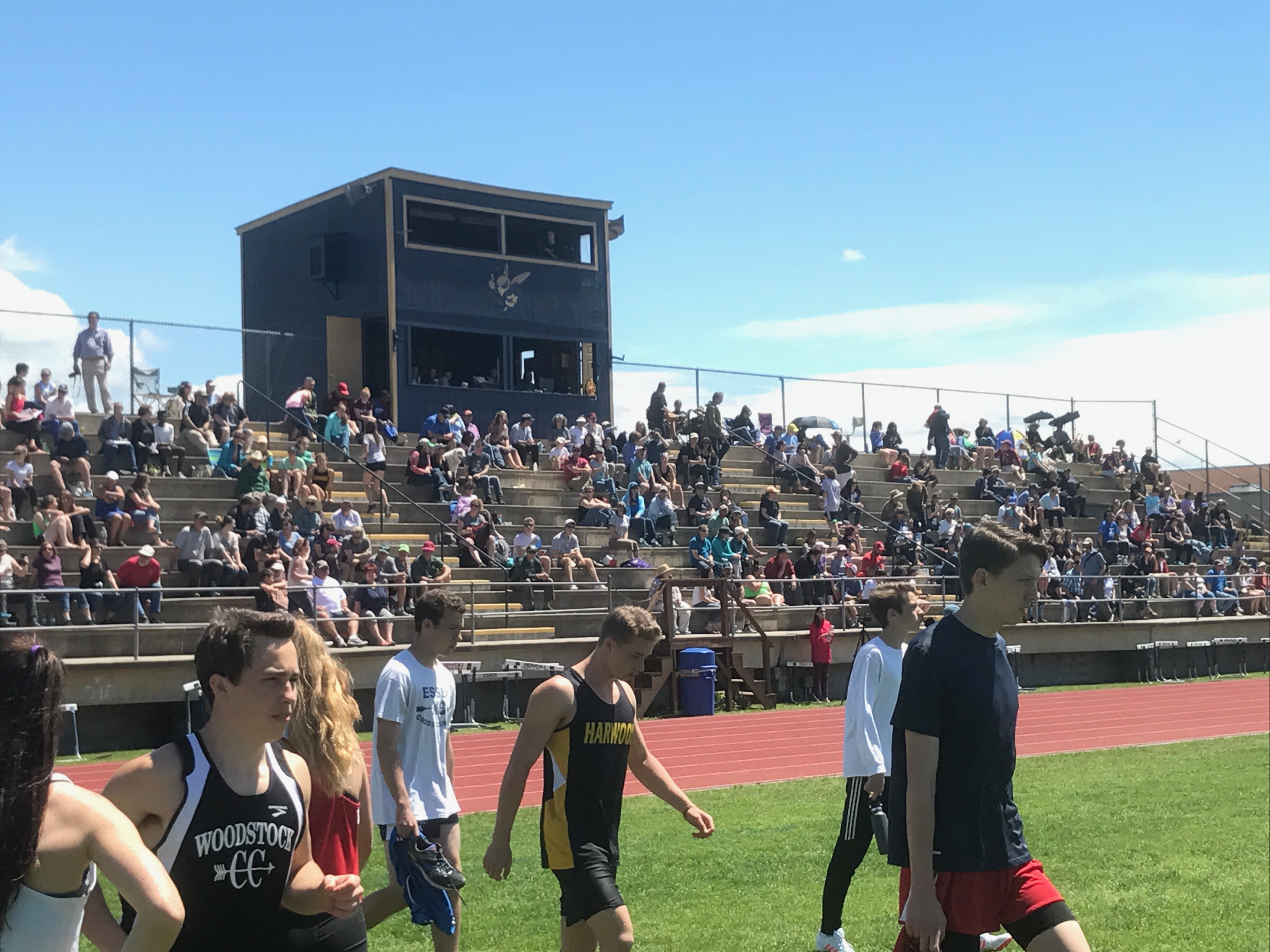 On a day where the results were as unpredictable as the weather, Essex Invite reminded us why it’s the most competitive meet of the year.  All four divisions combined with athletes vying for the top six positions, and the honor of representing Vermont at New Englands in two short weeks.  This meet is the closest thing Vermont has to an overall state championship meet, so athletes come ready to compete. Without team scoring to worry about, athletes are often relieved of the pressure of competing in events solely for scoring points for the team.  It’s all about the individual at Essex; here are some of the most exciting things we saw during the competition.

In an event that hasn’t seen Vermont push any major contenders to New Englands, Jasper Reed just showed up to the party.  Having not surpassed his massive jump as a freshman in 2015 when he jumped 44 000, Reed came out of triple jump prelims sitting at 42’, in a position to qualify for NEs, but not to turn any heads.  Round 5 brought a big jump that was 44 10, a new pr for Reed; only to be trounced by his 6th round, which brought the biggest jump Vermont has seen since 2011, leaping to 45’ 10.5”. Standing right next to the pit when it happened, I can confirm, this jump was HUGE.  The UVM bound jumper puts himself in a position to break the overall state record next weekend at States, with yet another chance at New Englands, and even maybe New Balance Nationals if he wants to make the trip down to North Carolina.

The boys 800m was a highly anticipated race, after the fireworks at Burlington Invite between Danville’s Riley Fenoff and Burlington’s Kent Ford.  It lived up to the hype, with a race that had as many lead changes as there were weather changes during the day. A quick start off the line after the gun had second seeded Fenoff out in front with Ford right behind, and Saint Johnsbury’s duo of Harvey and Joell looming directly behind.  The race held fairly constant for the next 400 meters, until Ford shot to the front and pulled ahead with 300m to go. Quick on his heels, the pack behind stayed with him, and Fenoff came back to the front as the pack made it to the final straight, when out of nowhere came the 7th seed from South Burlington, Jackson Hauman, who pulled away from the group with 50m to go and held off Fenoff for the win.

Full results can be found at 802Timing.com.  Congratulations to all of the athletes who qualified; make Vermont proud down in New Hampshire in two weeks!