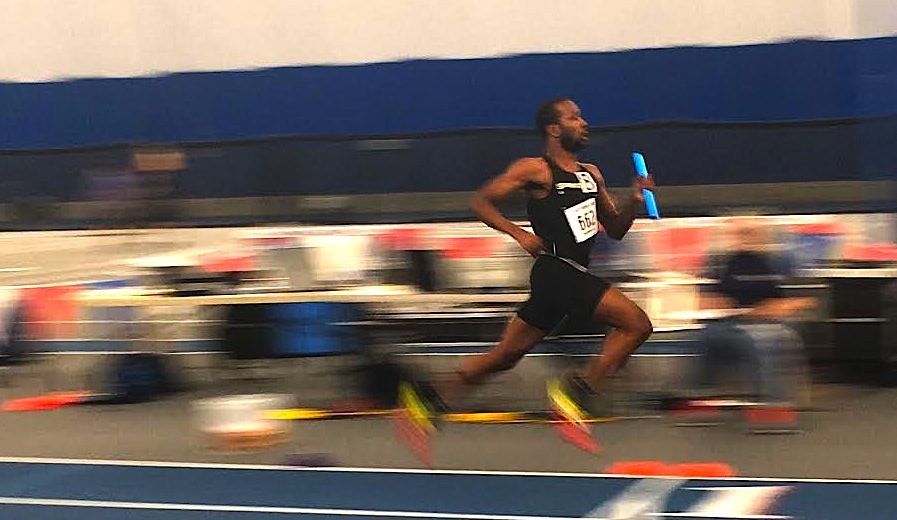 Our last update was on Valentine’s Day and love was in the air. We had shared a recap of the first half of the Sprinticity indoor season. Since then, some of our athletes have deleted Tinder, and some have downloaded it again… but through it all our love affair with speed endures (that was not a speed endurance joke). We put a lot into our relationship with track and field this winter; the sport has kindly reciprocated over the last fewÂ weeks. This update includes our February trips to Boston University, Harvard, and Utica.

Co-workers: “Hey, what are you doing this weekend?”

Me: “I’m going to spend 8 or 9 hours total driving through a snowstorm to compete at a track meet. Hopefully I run for less than 23 seconds.”

… The room becomes awkwardly silent as my co-worker fails to comprehend a scenario that I feel does not require an explanation.Â Continue reading –>Â It’s becoming a familiar title for Sprinticity. A couple of years ago our women’s team won the outdoor New England title. Last summer, our men’s team was able to match that accomplishment. However, we hadn’t been able to pull together a championship team for the indoor championship. Getting enough athletes to the meet has been the greatest challenge in the past. The meet is always at Harvard because many of the clubs are based around Boston; we travel farther than almost every other club in the New England Association. This year, our high school athletes were able to join and that made all the difference.Â Continue Reading –>

Six days after our New England championship effort at Harvard, our team was on the road again. We received an invitation from the Adirondack President, Rick Choppa, to participate in their championship at Utica College. In 2015, Utica opened up the Tod and Jen Hutton Sports and Recreation Center.Â It is an amazing 135,000 square foot dome that holds an 8 lane, 200m track with adjacent jump pits and turf field.

The first event of the meet was the 3000m Race Walk. There were three competitors entered: Emerson Hernandez and Dave Talcott of Shore Athletic Club, and Kyle McLane of Sprinticity. Emerson Hernandez represented El Salvador at the 2012 London Olympics.Â Continue Reading –>

The winter competition season has come to an end. Our team will be taking a much deserved break and wishing for warmer days as we transition to outdoor training. We continue to grow and would love to see you join the family. Whether you’re striving to compete on an elite level in track and field, or you just want something social and recreational, there is a place for you in our club. These past few weeks have been an unquestionable success on the track. The greater success is the connections that our members are making off of the track as well.

Our club returns to action on April 8th at Middlebury College. In the meantime, stay fast.