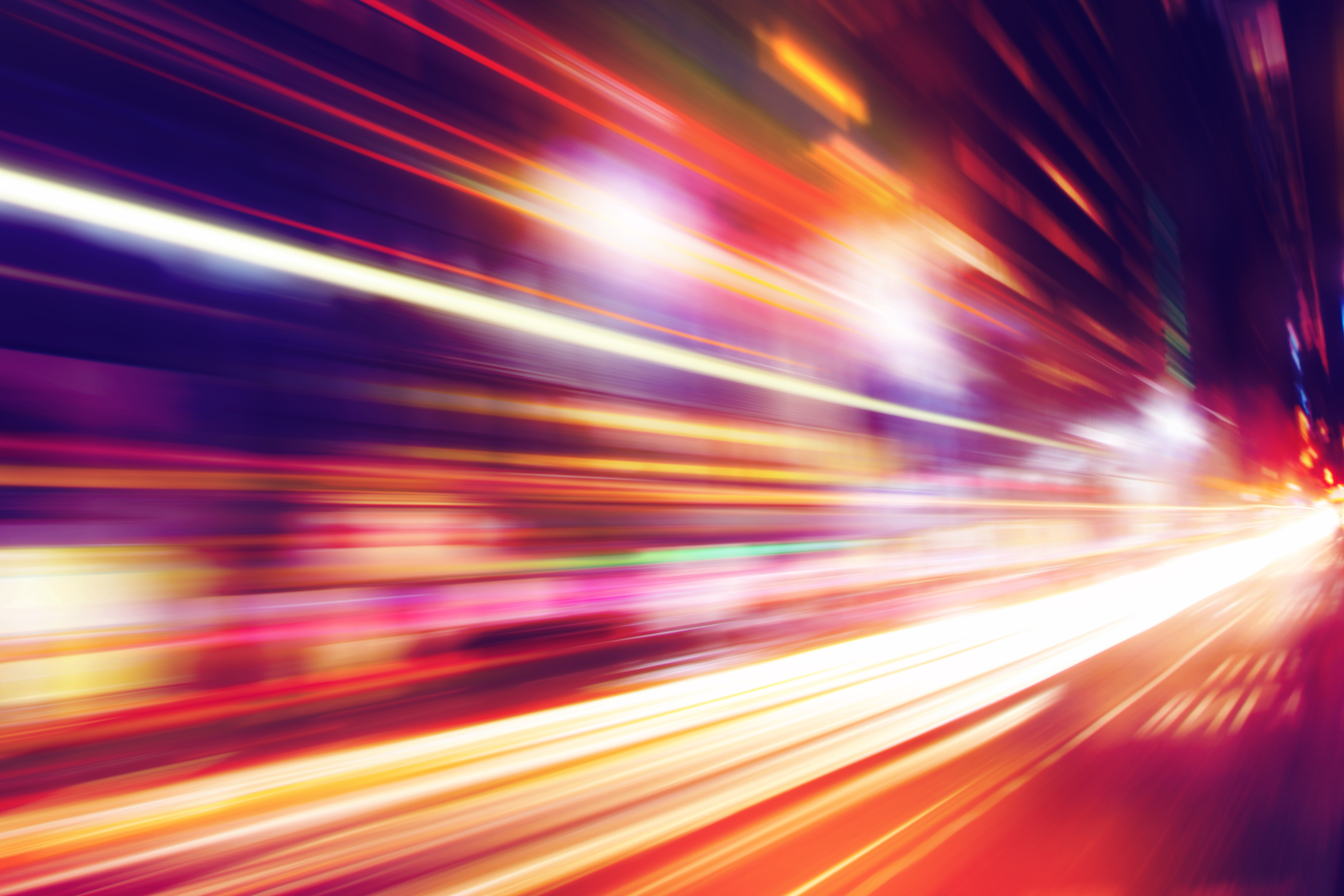 It’s a brand new calendar year, and there have already been a slew of incredible performances by Vermont athletes at several different competitions. The athletes and meets have been so fast that it has been hard to keep up. We are highlighting some of the top performances from the past few weeks in this post, including multiple UVM meets, Dartmouth relays, and the first and only regular season meet at Norwich.

This meet took place on the eve of Dartmouth Relays. Many of the top athletes from around the state were only present in street clothes to support their teammates. It was a smaller, more intimate competition, but the participants still battled with intense ferocity. It was an opportunity for rising stars to catch the attention of their coaches and peers in a bid to be included on the travel roster for future Invitationals or championship meets.

Sophia Buonomo (Rice) stepped up to the challenge and earned our pick for athlete of the meet. She was an individual winner in 4 events: 55m (7.95), 300m (45.6), long jump (14-04.25), triple jump (30-07.00). Sophia trained with Sprinticity during the summer and is just starting to scratch the surface of her potential. She is only a sophomore but carries herselfÂ with the confidence of an upperclassman.

The meet also provided a platform for young talent to shine. There were two ninth graders, one female and one male, that rose to the occasion and won their respective races, which coincidentally was the 1000m run for both of them.

â€‹â€‹
An interesting observation has been made by many competitors this year. Champlain Valley Union has a club team larger than some varsity teams. In hindsight, their state championship last spring is even more impressive now, knowing that they don’t have a varsity team during the winter. There is significant interest from the athletes and their club coaches in obtaining varsity status. As a club, there are barriers to participation associated with cost and accessibility for some students. Hopefully CVU are able to earn varsity designation in the coming years to build off the success of recent years, and the growing interest in the sport of track & field at their school.

Leverone Field House at Dartmouth College is home to one of the largest regular season high school meets in the country that draws in talent from all over New England, parts of New York, and even our Canadian neighbors north of the border. This year was the 48th annual Dartmouth Relays. It is a meet with incredible history spanning back for almost half a century. In recent years, top Vermont athletes have been traveling across the Connecticut River to take part in the competition.

I will be the first to admit that my view of Vermont is very Chittenden County-centric. The western bias is just due to proximity and convenience. Having seen the performances and results from Dartmouth, I wish I had more opportunities to see the Vermont athletes on the other side of the Green Mountains. At Dartmouth, a quartet of Eastern Vermont athletes put up some very impressive marks.

Ian Clough and Katherine Cowan have been leaders for the St. Johnsbury squad for a couple of years. This year, they are stepping up to another level. Ian is leading the state in Â the short sprints with VT #1 times in the 55m dash. His top time in the dash was a 6.61 earlier in the season, and he produced another almost equivalent effort with a 6.62 at Dartmouth Relays. It has been quite some time since a Vermont athlete has cracked the 6.60 barrier. Hopefully we see it this year! Katherine was dominant in the sprints and hurdles last year, and has gotten off to an impressive start this year as well. Her hurdles time at Dartmouth ranks her number 2 in the state.

John Puffer (Oxbow) has a quietly put together an impressive season in the pole vault. He was the first Vermont this season to clear 12 feet, and has done it more times than any other competitor. He holds the VT number 1 spot with a vault of 12-06.00.

Sophomore Abayomi Lowe (Hartford) is one of the most dedicated athletes that we have worked with. He showed glimpses of his potential last year during outdoor. Over the summer, Abi and his dad would drive 1.5 hours to train with Sprinticity. The dedication and hard work has boosted Abi up the leader board, and he currently holds the VT number 3 and number 2 spots for the 55m and 300m dash respectively. Not bad for a sophomore!

Returning to some of the Chittenden County athletes that we see more regularly, there were three performances that caught our attention. Kent Ford (Burlington) is building off a strong cross country season and has established himself as an all-state level distance runner. The most impressive of the day was the 1-2 clean up in the triple jump by the bouncy duo from South Burlington, Amelia Pape and Odessa O’Brien. Vermont athletes don’t often finish on top of the podium at Dartmouth Relays, but it is even more rare to see two of them at the top and from the same school.

Vermont Indoor Track Association, round number four. This was a super Saturday with two meets back-to-back. Only a decade ago (back when I was in high school), the entire indoor track and field community in Vermont could comfortably fit in UVM for a hand-timed meet. Participation numbers have risen to the point where we need to have two full competitions in one day with automatic timing! With that said… I’m actually going to review the results from the day as a whole.

Sonia (Rice) continues her amazing season by loweringÂ her own D2 state record in the 55m dash. There were a pair of dominant distance performances. The first was by Izzy Giesing (Oxbow) in the 1000m. She is the state leader in the 1000m and theÂ 1500m/mile. Her time in the 1000m at UVM puts her about 10 seconds ahead of the next closest competitor in the state. The second standout distance runner was Rosalie Lacroix (CVU). She is now at the top of the leader board with a mark that is 25 seconds faster than the Vermont #2 in the 3200m. Rounding out the highlighted performances of the day on the girls’ side of the competition is Lydia Pitts (Mt. Abraham). She has established herself as a triple threat in the hurdles, long jump, and triple jump. Her long jump from this meet was good enough to moveÂ her up to Vermont #1, slightly ahead of #2 Abby Crosier (Mt. Anthony) by 1.5 inches. It’s going to be a close fightÂ for the state title this year. “Life is a game of inches,” and it’s a toss up who will end up victoriousÂ on any given Saturday.

One mark stood out on the boys’ side above the rest. Isaac Girouard (South Burlington) continues his dominant season in the shot put. He has steadily improved at each meet and is now the first Vermont boy over 45 feet this season.

The party has shifted from Catamount Country to Norwich University The Norwich indoor track is a 200m training ground for their cadets. The floor has seen its fair share of blood, sweat, and tears… and probably vomit. Always leave a trash bin by the finish line.

The track makes a difference. Mainly, I am referring to the size of the track. One lap at UVM is 160m; that means the turns are tighter and the straights are shorter. It is REALLY hard go fast on that track. The 300m dash is the perfect event to illustrate this. Move the competition to a 200m track with wider turns and longer straights and all of the times begin to drop. Ismail Liban (Burlington) won the 300m and set the Vermont #1 time of the season. In the same race, 5 other athletes put up top 10 performances. That’s 6 out of the top 10 times in the 300m in one day. The other 4 occurred at Dartmouth, another 200m track. UVM… 0/10.

The other boys event that saw the leader board get decimated is the 55m hurdles. The top 7 times of the season were all run at this meet. Ian Clough, untouchable in the 55m dash this season, has added the 55m hurdles to his repertoire, and is now the state leader in both events. Close behind by only two-hundredths of a second was DJ Snide (Bellows Falls Union).

This is the point in the season when coaches ask their athletes to drop the hammer with championship meets around the corner. Benjamin Hammer (St. Johnsbury) happily obliged. Hammer Time Ben nailed home Vermont #1 leaps in the high jump and triple jump. I think I heard him singing “U can’t touch this” as he soared over the high jump bar. Right you are, my friend.

Did I mention that the track makes a difference? The ladies took it a step farther than the boys and posted 8 out of the top 10 times in the state in the 300m dash. The other 2 happened at Dartmouth; UVM wasÂ shutout on the score sheet by both genders. Physics is a beautiful thing. Sonia John raced out to a commanding victory by overtaking Katherine Cowan for the top time in the state. Sonia now holds the top times in the state for the 55m, 300m, and 600m.

I know, I screwed up the chronological order by putting this one last. We’re going back in time, all the way to last year, to highlight one of the best all-time performances by any Vermont high school track and field athlete. Jeremy Hoyne-Grosvenor (Montpelier) traveled down to Boston University to mix it up with some big boys including former and current college athletes, including runners like Ruben Senca, a representative for Cape Verde in the London Olympics.

Jeremy placed 5th in a field of 80 athletes and posted what was then the number one time in the United States by any high school boy! In the three weeks since that meet, a few athletes have moved ahead but he still holds on to the number four spot nationally. Pretty impressive for a kid from Montpelier. If he continues to progress and stays healthy, Jeremy is a legitimate contender to earn All-America distinction at indoor nationals.

The regular season is over. This Saturday, January 28th, Norwich hostsÂ the single largest meet of the Vermont High School indoor season. Athletes from all divisions will gatherÂ for the New England qualifier. Top 6 athletes in each event will earn the honor of representing the state at the New England Championship later this winter. One of my favorite things about track is that the results are objective. A time is a time, a distance is a distance, a height is a height. The clock and tape do not lie. It doesn’t matter what division you run in, how old you are, where you come from, what you look like… all results are directly comparable. The top 6 move on, simple as that.

One week after that, on February 4th, the top athletes will gather again for the state championship meets, split up by division. It will be a clean slate. The results from all the meets earlier in the season have no bearing on what will happen at states. Coaches, athletes, and fans might spend some time flipping through performance lists, putting together excel spreadsheets, and calculating expected outcomes based on ranks. None of that matters on the day of the meet. Step up or step aside.