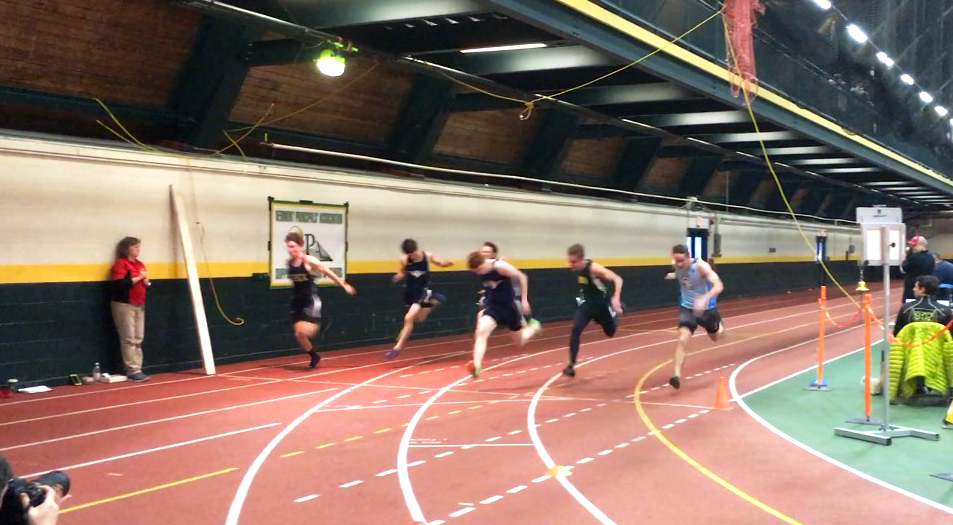 Letâ€™s all be honest with ourselves, this yearâ€™s state meet was much more relaxing than last yearâ€™s. Â Not only did having the divisions separated create a more cohesive ambiance, but we also left the building at about 3:30pm this year. Â A big thanks to 802Timing for always keeping meets running smoothly (and another shoutout to TrackLife Timing for managing all the other meets this season).

First off, congratulations to the winning teams! Saint Johnsburyâ€™s boys and girls both won the girls team handily fended off any competition, while the boys team barely held off a charging MMU and Essex in a competition that ended with all three teams within 2.5 points of each other. Â A single point swing in any direction could have changed the entire outcome of the meet. Â In the Division 2 competition, Rice Memorialâ€™s girls team came away with another win (how many in a row is that?), while Milton won the boys side with a 13 point win over Rice Memorial.

Looking at individual scores, the top four performers of the day were all from, you guessed it, Saint Johnsbury. Â Cowan, Wescott, L. Rotti, and Cunningham scored a combined 118 points, enough to win the meet by 14 points all by themselves. Â Cowan and Wescott could have even scored 4th in the team competition individually. Â

Coming away with the most points of the day was South Burlingtonâ€™s Patrick Oâ€™Hara, scoring 26 points, 4 points ahead of MMUâ€™s Skye Douglas-Hughes. Â Douglas-Hughes deserves a special shoutout for winning both long jump and triple jump, including a new state record in triple jump. Â

The top individual scorer at the Division 2 girls level was Hartfordâ€™s Ileana Sirois, who scored 32 points, followed by Rice Memorialâ€™s Sonia John. Â However, these points donâ€™t take into consideration Mount Abrahamâ€™s Lydia Pitts, who effectively competes as an independent due to the lack of a varsity team at her school. Â Pitts won three events, scoring 30 points, which would then displace Siroisâ€™ points from 32 to 28. Â

With all that said and done, all that remains this season is the top 6 from the combined divisions compete in Boston at New Englandâ€™s. Â After that the athletes get a few much needed weeks off until the start of the outdoor season on March 17. Â Letâ€™s hope the snow is melted by that date so teams arenâ€™t stuck training indoor for the first couple weeks.Â Â

Full results can be found here