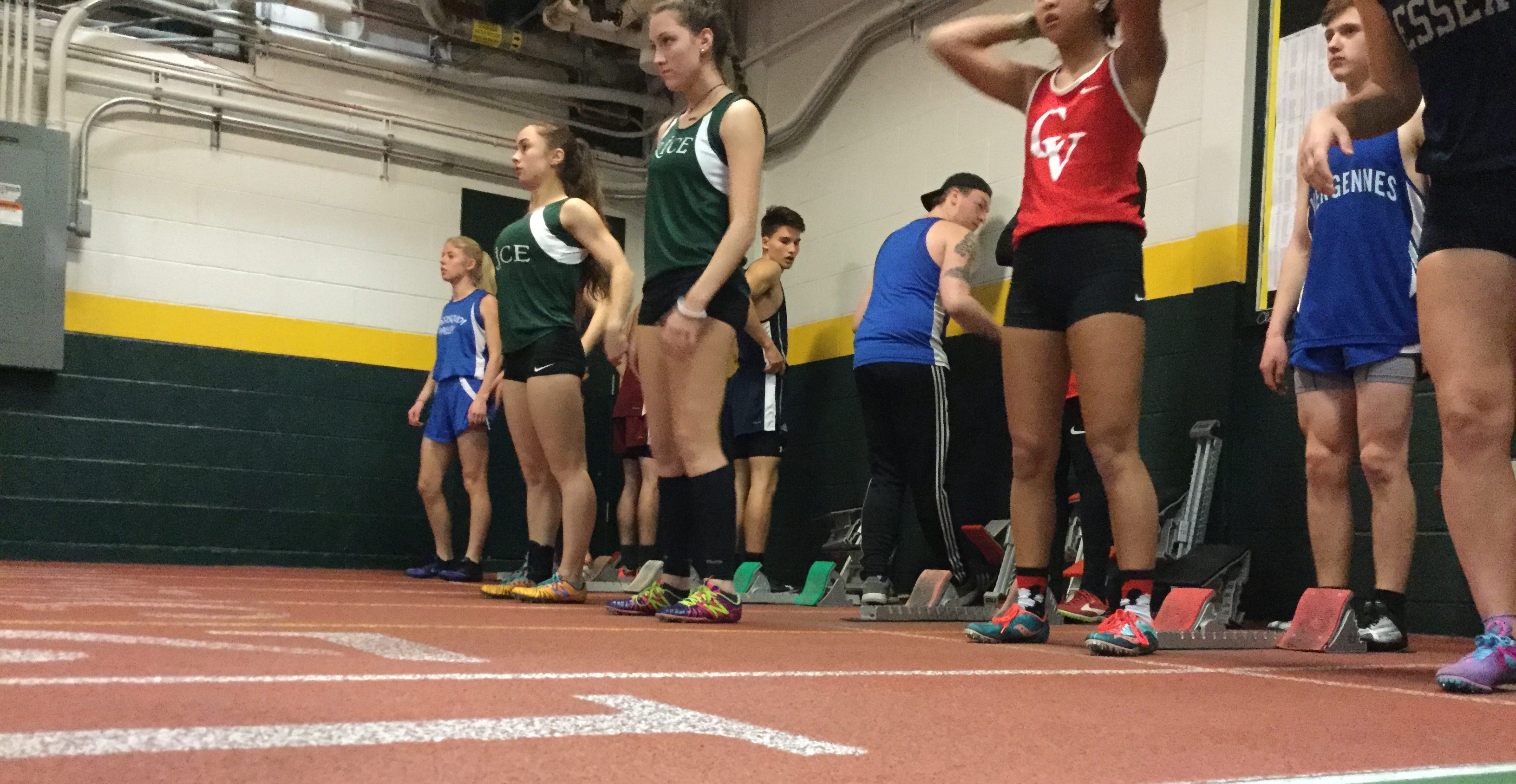 The holiday season kicked off with a “BANG!”… Oh wait, I’m being told that was just the starter testing the gun.

VITA meet #2 was a little bit smaller, and a little bit more efficient than the first meet of the year. Athletes and coaches seemed much more dialed in to the rhythm of a track meet. The officials and volunteers also had a better grasp of their responsibilities. With less advising for me to do, it gave me more time to play around with new ideas for how to feature the brilliant young athletes.

Some races are just too long for video on my iPhone or iPad due to storage issues. For the first time at a track meet, I tried capturing footage using time lapse. The idea came to me about halfway through the boys 4x800m relay; that’s the first video below. The second video shows both the girls and boys hurdles races including the shuffling and resetting of hurdles in between.

Next step is to get a mount or stand, and find a better location to shoot from. I’d like to capture a time lapse of the entire meet at some point if feasible. In the meantime, we’ll be increasing our video content output this year. Check out our Youtube page where you can find more videos from VITA #2. Here’s one more to whet your appetite.

1) Chicken or the egg? Does Sprinticity make people fast, or do fast people join Sprinticity? Probably a bit of both, but I’ll let the athletes and their times speak for themselves. Yes, I am promoting what we do because I strongly believe in the culture and community within our club, and our mission to elevate athletic performance in Vermont. Take a look at the top three finishers in the boys 300m dash. Jamaal Hankey (Essex), Matt Dutkiewicz (BFA St. Albans), Trey Poquette (BFA St. Albans) were all putting in work over the summer to set themselves up for success. Trey ran a 36.60 on the UVM track!!! Seriously, that’s unbelievably fast and I think he has a shot at David Kennedy’s state record once he runs on a 200m banked track.

2) Records are meant to be broken. Another standout performance from VITA #2 came in the boys 4x200m relay. Essex won easily in a time of 1:37.41. Again, that’s crazy fast on the UVM track. It has been a while since anyone has come close to the Burlington High School 4x200m state record set in 2009. I was part of that squad that took 3 seconds off of the previous state record, and we placed 10th overall at Nike Indoor Nationals. It has been so long since another Vermont team has performed at that level that nationals got a new sponsor and is now hosted by New Balance. A decade is a long time and I’m ready to see my name crossed off the list. Essex has what it takes to do it. Just like what I said with Trey – put this team on a 200m banked track and get your stopwatches ready.

3) Even playing field. There are a high number of participants in the girls field events. It’s fantastic to see such deep “fields” in these events because the numbers on the track are a little skewed right now in Vermont. I don’t know why that is, and there are likely a variety of factors. One that I’ll “throw” out there is that girls physically develop at this age faster than boys. Lanky limbs and coordination don’t often mix very well. Perhaps girls are growing into their bodies earlier and are more likely to be ready for learning the technical demands of field events compared to their male counterparts. What are your thoughts on this?

If you haven’t figured out yet, I like puns and dad jokes. I’ll end with this original.

How come none of the Vermont Track & Field records are safe?

Because someone broke the blockchain…